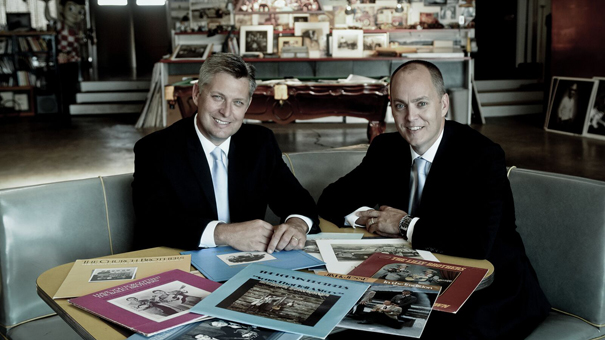 We got a real Brotherly Bluegrass fest going on here!! Brothers Leigh and Eric Gibson have earned multiple International Bluegrass Music Association awards with their fiery fretwork and majestic melodies. The reigning IBMA Entertainers of the Year have honed in their craft to deliver you a timeless traditional bluegrass sound that can be heard in their hit “They Call It Music” which won the IBMA “Song of the Year” Award (Check the Video!!). Be sure to come early and check out Torrington’s own blazing bluegrass brothers, The Zolla Boys!!

BIO: The Gibson Brothers’ brand of bluegrass is a visceral mix of heritage and soaring harmony, making them the premiere brother due of the genre, following in the footsteps of legendary brother acts such as the Stanley Brothers, Jim &Jesse, and the Osborne Brothers. Their first-ever album of entirely original songs, ​In the Ground sees the Gibson Brothers taking on their own roots as the sixth generation of Gibsons to grow up on their family farm.

The two-time International Bluegrass Music Association Entertainers of the Year follow up their stellar, 5-times nominated tribute to brother harmonies, Brotherhood, with this latest effort, which digs even deeper into their commitment to family and their history. The themes come from the farm, their childhood, and the region in which they were raised. One can hear their dedication to the songs, from the lighthearted to the profound; in the modernity of the lyrics, matched with a virtuosity that feels somehow both traditional and revelatory. Featuring celebrated, award-winning Dobro player Rob Ickes, In the Ground reaches into new territory for the Gibson Brothers as they reflect on their past.

17 year old Ben Zolla and his 16 year old brother Sam started playing music with their dad, Larry in the spring of 2012. What started as a hobby quickly grew into regular bookings at music halls, bluegrass festivals and concerts. The Boys have found their voices; from the songs of the Louvin Brothers, Stanley Brothers, and Jim and Jesse, to Bob Dylan and Blue Highway. They have been featured on the Emerging Artist stage at the Grey Fox Bluegrass Festival, and perform at numerous bluegrass festivals throughout New England.