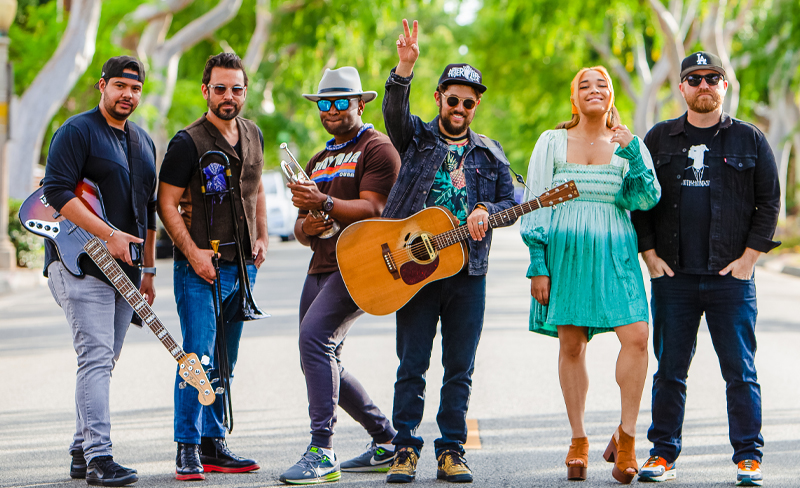 Dustbowl Revival has always been about pushing the boundaries of what American roots music can be. In many ways, they could have continued creating joyful, booty-shaking songs and cut-to-heart folk-rock ballads that lift up their transcendent live shows - and mining new energetic material from the place where folk music, funk and soul meet.

But the band’s newest album, Is It You, Is It Me, coming January 31 via their own Medium Expectations label and Nashville’s Thirty Tigers, is something different entirely. Produced by Sam Kassirer [Lake Street Dive, Josh Ritter, David Ramirez] and engineered by Brian Joseph [Bon Iver, Local Natives, Sufjan Stevens], it represents the latest stage in a band that never stops evolving and refuses to stand still.

After celebrating over a decade of sonic adventuring, playing thousands of shows together in ten countries and counting, and collecting a devoted and growing fanbase coast-to-coast, the six core members -- founder Z. Lupetin, Liz Beebe, Josh Heffernan, Matt Rubin, Ulf Bjorlin and Connor Vance --  knew they had to create something bigger.

The 13 new songs were not road-tested and tired out by the time they made it to the recording studio: in fact Kassirer inspired the band to create the album in a two-week flash of intense creativity, with many of the songs layered and composed day-by-day in the studio. Acting like a nimble rock orchestra, each member played multiple instruments, and the group brought in new musicians on symphonic brass, and local friends to sing as a spur-of-the-moment choir.

The saga of Smooth Hound Smith begins in Southern California. It winds from there through countless club gigs to East Nashville, big-time arena shows opening for The Dixie Chicks and finally to a third album, on which the seeds planted by experience blossom into a sound unlike that of any other artist.

Dog In A Manger is the third effort from husband-and-wife duo Zack Smith and Caitlin Doyle-Smith. While their previous releases evince their unique vocal blend and ability to coax compelling music from minimal instrumentation, Dog In A Manger brings it all to a higher level of expression.

There are reasons for this, the first being their musical and personal synchronicity. They began building their bond in Los Angeles, when Zack sat in with Caitlin’s band. He was working as a bartender and playing bluegrass gigs on upright bass in addition to working solo as Smooth Hound Smith. She had grown up in Fresno, studied at the L.A. Music Academy, earned her degree at the Academy of Contemporary Music in England and returned to Southern California. When he sat in one night with her band Dustbowl Revival, something clicked. By 2013 she was supplementing his one-man-band, guitar/drums/whatever and singing with complementary vocals and percussion.

Cultural arbiters took note. In response to their eponymous debut album, No Depression marveled that Smooth Hound Smith’s “raucous clash of backwoods folk, raw blues and underground rock … generates enough power to fuel a full band.” A few years later, Ken Templeton extolled one of their shows for Red Line Roots, noting “Zack’s blistering guitar playing” and adding “I saw lots of folks shut their eyes just to take it in that much more.”

Which leads us to Dog In A Manger. Here, Zack’s writing is more concise yet more communicative than ever — Caitlin calls it “denser.” Their melodies, hooks and harmonies are in balance. Each song seems to stem from everyday, even mundane incidents. For example, over a sunny, skipping groove, “Life Isn’t Fair” recalls a friend who would, in Zack’s words, “constantly make himself the victim.” “Backslide” stems from the night Zack opened up his hotel window in Las Vegas and found a TRUMP sign blazing just outside. “Waiting For A Spark” cites the New Testament and Plato in picturing someone who is “weighing her options, just looking for … any little glimpse of light.”

Accessible as the music of Smooth Hound Smith can be, the underlying arc that unifies Dog In A Manger is elusive.

“I wasn’t conscious of it as I was writing this songs,” Zack explains. “But I realized when I finished that I can relate the lyrics back to what my dad went through before he passed. He had been diagnosed with CJD (Creutzfeldt-Jakob Disease), which attacks the brain. Literally one in a million people suffer from it. There is no cure. The fatality rate is 100 percent, usually within a year.”

In fact, he died just three weeks after being diagnosed, though Zack and Caitlin were able to make it back to L.A. to say goodbye literally minutes before he passed. “That really lit a fire under my ass to get things done in a way I couldn’t have predicted, Zack says. “Caitlin and I knew it was sink or swim. We had to put out new content and it had to be good.”

So they cleared their slate, firing their management, assembling the best of their new material and bypassing offers from several prominent producers and instead asking their friends Steve Daly and Jesse Thompson to helm their new album. “They hadn’t done a whole lot of production,” Caitlin says. “But they’re friends of ours, great musicians with great ears, and it felt right to hang with them and see what happens.”

Caitlin also made a suggestion early in the process that would significantly affect how she and Zack would approach Dog In A Manger. “Around the time his father passed, we went out dinner,” she recalls. “And I told him that I wanted to step back on this album because he had more than he needed to express artistically at that time. Of course I was there throughout it all, adding my input. But it was right that he would take the reins.”

Recorded intermittently rather than in one marathon session, Dog In A Manger began in their living room, with Daly tracking on his Pro Tools setup. The results channel deep emotion into arrangements that somehow feel at once timeless and immediate. The lyrics never recount the events underlying the project, though through understatement and insightful irony they tap into the urgency that often flows below the surface of everyday living.

As much as they’ve achieved with Dog In A Manger, Smooth Hound Smith know that this is just one stop down their path toward promising horizons. “Caitlin and I feel like this is exploratory,” Zack explains. “It’s like, say, leather working: If you put in five or ten years of working leather, you’re going to be pretty good at it. If anybody throws a job at you, you’ll be able to do it.

A point well proven by Dog In A Manger, the next step in a unique adventure. 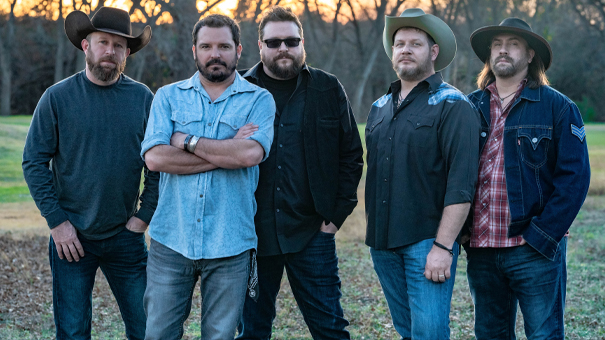 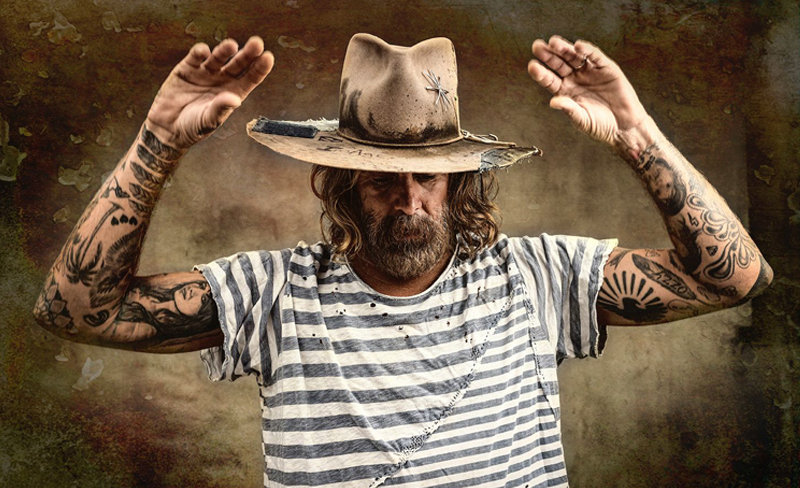 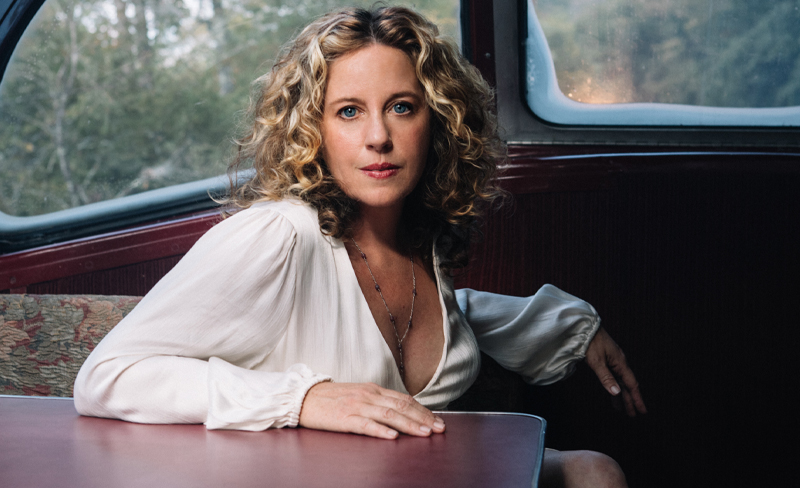