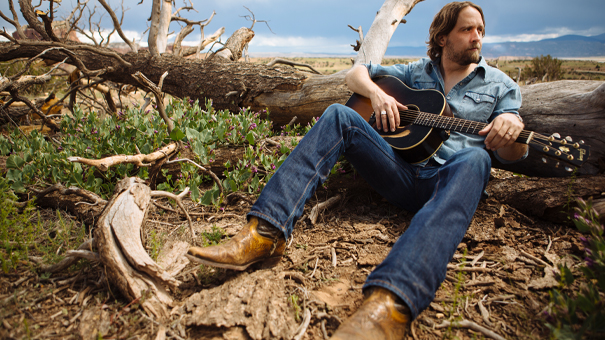 Hayes Carll is at the forefront of a generation of American singer/songwriters. A Texas native, his style of roots-oriented songwriting has been noted for its plain-spoken poetry and sarcastic humor.

The chorus to the title track on the new Hayes Carll album, What It Is, is a manifesto.

What it was is gone forever / What it could be God only knows.

What it is is right here in front of me / and I’m not letting go.

He’s embracing the moment. Leaving the past where it belongs, accepting there’s no way to know what’s ahead, and challenging himself to be present in both love and life. It’s heady stuff. It also rocks.

With a career full of critical acclaim and popular success, Carll could’ve played it safe on this, his sixth record, but he didn’t. The result is a musically ambitious and lyrically deep statement of an artist in his creative prime.

Hayes Carll’s list of accomplishments is long. His third album, 2008’s Trouble In Mind, earned him an Americana Music Association Award for  Song of the Year (for “She Left Me for Jesus”). The follow-up, KMAG YOYO was the most played album on the Americana Chart in 2011 and spawned covers by artists as varied as Hard Working Americans and Lee Ann Womack, whose version of "Chances Are" garnered Carll a Grammy nomination for Best Country Song. 2016’s Lovers and Leavers swept the Austin Music Awards, and was his fourth record in a row to reach #1 on the Americana Airplay chart.  Kelly Willis and Kenny Chesney have chosen to record his songs and his television appearances include The Tonight Show, Austin City Limits, and Later w/Jools Holland. Carll is the rare artist who can rock a packed dancehall one night and hold a listening room at rapt attention the next.

“Repeating myself creatively would ultimately leave me empty. Covering new ground, exploring, and taking chances gives me juice and keeps me interested.”

He knew he wanted to find the next level. On What It Is, he clearly has.

It wasn’t necessarily easy to get there. Carll’s last release, 2016’s Lovers and Leavers was an artistic and commercial risk — a bold move which eschewed the tempo and humor of much of his previous work. The record revealed a more serious singer-songwriter dealing with more serious subjects — divorce, new love in the middle of life, parenting, the worth of work. What It Is finds him now on the other side, revived and happy, but resolute — no longer under the impression that any of it comes for free.

“I want to dig in so this life doesn’t just pass me by. The more engaged I am the more meaning it all has. I want that to be reflected in the work.”

And meaning there is. Carll sings “but I try because I want to,” on the album’s opening track, “None’Ya.” He’s not looking back lamenting love lost, rather, finding joy and purpose in the one he’s got and hanging on to the woman who sometimes leaves him delightedly scratching his head. “If I May Be So Bold,” finds him standing on similar ground

— lyrically taking on the challenge of participating fully in life rather than discontentedly letting life happen.

There’s no wishy washy here and he’s not on the sidelines. In fact, he’s neck-deep in life. On the rambunctious, fiddle-punctuated, “Times Like These,” he laments political division in America while delivering a rapid-fire plea to “do my labor, love my girl, and help my neighbor, while keeping all my joie de vivre.” Carll’s signature cleverness and aptitude for so-personal-you-might-miss-it political commentary is as strong as ever. The stark, “Fragile Men,” co-written with singer-songwriter Lolo, uses humor and dripping sarcasm to examine his gender’s resistance to change in less than three minutes of string-laden, almost Jacques Brel invoking drama. It’s new musical territory for Carll, and the result is powerful. His voice is strong and resonant on these songs, and it’s thrilling to hear him use it with a new authority. He is alternately commanding and tender, yet always soulful.

Carll returned to trusted producer Brad Jones (producer of 2008’s Trouble in Mind and 2011’s KMAG YOYO) and Alex the Great Studio in Nashville, Tennessee, to record What It Is, and recruited singer-songwriter, author, and fiancee Allison Moorer as co-producer. The production is adventurous while keeping the focus on the singer and his songs and providing a path for him to go where he wants to go. Where that is, is forward.

That’s evident in the songwriting. Carll continues to hone his singular voice, but is also a flexible co-writer. Matraca Berg, Charlie Mars, Adam Landry, and Moorer have co-writing credits here, but it was Moorer’s inspiration that provided the largest impact.

“On the songwriting front she’s just a pro. She helps me cut through the noise and she does it with wit and style.”

Carll’s own wit and style has never been more evident. Whether it’s with the put-you-in-picture detail of, “Beautiful Thing,” the not quite sheepish enough, dude-esque defense of dishonesty in, “Things You Don’t Wanna Know,” or the strong as a tree trunk declaration of love on, “I Will Stay,” he displays an increasing command of his poetic lexicon.

Writers most often wrestle with experience and expectations, either romanticizing the past or telling us how good it’s going to be when they get where they’re going. What It Is is a record that is rooted solidly in the present, revealing an artist in the emotional and intellectual here and now.

Jeff Plankenhorn’s life in music has taken him from a childhood in Ohio as a boy soprano, to battling addiction, to two decades as a first-call session guitarist in Austin. Now a successful solo artist, the slide guitar virtuoso is collaborating with his musical heroes and rocking festival
stages all over the country.

Commenting on “Love Is Love” (video): “The ray of love this video, and the song, will inevitably shine down on you.” —AMERICANA HIGHWAYS

"Over the course of the last two decades, Jeff Plankenhorn has worked tirelessly to earn his rep as one of the most reliably can-do, right-dude-for-the-job musicians in Austin, Texas. As an exceptionally talented acoustic, electric, slide, and lap-steel guitarist with a keen understanding of the importance of playing to and for a song rather than all over it, he’s been called on countless times to back a veritable who’s who of Texas and Americana music’s finest singers and songwriters, including Ray Wylie Hubbard, Joe Ely, Eliza Gilkyson, Ruthie Foster, and the late Jimmy LaFave.” —Lone Star Music

Jeff Plankenhorn plays a soulful, distinctly Austin brand of roots rock that, over the past several years, has gained him a devoted national following and a seat among the very best contemporary Americana songwriters. His confident, catchy-as-hell fourth studio album, Sleeping Dogs was released to rave reviews (Rolling Stone Country, the Boot, Twangville, among others) and spent a good chunk of 2018 on the Roots Rock and Americana radio charts (#5 and #44). The four-piece band that bears his name has become a favorite on the festival circuit, scoring spots at Old Settlers Music Festival, Kerrville Folk Festival, Telluride Americana Music Festival, and Austin’s annual New Years Eve blowout at Auditorium Shores.

Well before he started rocking festival stages as a solo artist, Plankenhorn was already in the musical DNA of his adopted home of Austin, Texas. His bluesy, slide-driven guitar style was born out of jam sessions, residencies and house shows played for local audiences eager for the electricity and edge-of-your-seat musicianship that makes Austin the live music capital of the world. “In Austin,” he says, “few players rehearse. You show up and you play, for better or for worse.”

That freewheeling philosophy, and the disciplined songwriting craft that underpins it, is the result of Plankenhorn’s almost ten-year run as a member of the Resentments, a supergroup of sorts that hosts one of the longest running residencies in Austin. Every Sunday for the last 20 years, a rotating cast of Austin’s best songwriters has brought their newest tunes to debut at the Saxon Pub, an Americana stronghold on the famous Lamar Street. The group walks a tightrope between improvisation and songcraft that is thrilling. This musical bootcamp sharpened
Plankenhorn’s writing process and gives his songs a lived-in ease.

Over the course of five solo albums, Plankenhorn has drawn on a wide range of styles, combining influences from electric blues, progressive bluegrass, sacred steel, and power-pop to create a musical identity all his own. A big part of it is his voice. Plankenhorn grew up in Ohio
singing choral music as a boy soprano. The vocal clarity and power he developed in those early years is evident in the soulful baritone he employs now.

The biggest contributor to Plankenhorn’s sound is his virtuosic touch on anything with strings - ranging from electric and acoustic, guitar to dobro and lap steel. His most distinctive sonic paintbrush is the custom electric dobro he invented, appropriately called the Plank. If you’ve
listened to roots music from Austin in the last couple decades, you may have heard it - a sharp, crunchy slide sound derived from the instrument's combination of a lap steel neck and electric guitar body. That distinctive burn is all over Plankenhorn’s 2016 album, SoulSlide, in addition to recordings from Austin greats like Ray Wylie Hubbard and Joe Ely. (In between solo gigs, he’s a first-call session guitarist.) Word of mouth at his shows has even resulted in a few one-off orders for the Plank, including from members of Wade Bowen’s band and Blue October.

Plankenhorn’s early musical upbringing was as eclectic as his career might suggest. In his 20s he was as likely to be found arranging horns in a 12 piece funk group as playing guitar in a progressive bluegrass band. But his biggest musical influence by far, he says, is Stevie Wonder,
whose positivity is all over Plankenhorn’s songs. Stevie’s mastery of instrumental harmony can also be heard in the jazzy, descending chord progression of “Further to Fall.”

Plankenhorn is a magnet for diverse ideas and collaborators, and his genius is in bringing them together. Sleeping Dogs merges styles effortlessly, juxtaposing sweet-hearted anthems like “Love is Love” (a response to the Pulse nightclub shooting) against ominous, weathered tunes like “Tooth & Nail”, which he co-wrote with Ray Wilie Hubbard. Several of the album’s standouts are the result of collabs with Americana royalty, including “Holy Lighting”, which features a duet with Patty Griffin. Tying it all together is a big-heartedness that speaks to a worldly approach to Americana music.

Plankenhorn came to Austin by way of Nashville. The way he tells it, he met outlaw-country great Ray Wilie Hubbard on a Nashville sidewalk, sat in with him that very night on dobro, and, before he knew it, had a long-term gig crashing on Hubbard’s couch in Texas hill country. From
there, he launched a new chapter as a solo artist, and Hubbard is a mentor to this day. The last few years have been a time of outstanding creativity and commercial breakthrough for Plankenhorn - success for which he credits his sobriety. “I’d toured the country and played the
world, but it wasn’t until I got clean and went to rehab that things really started to come together.” Since getting clean seven years ago, Plankenhorn has channeled his addictive energy into songwriting. He lives half the year now living with his wife on Vancouver Island, Canada, where he spends idyllic days writing and playing with their dogs. The other half he spends in Austin, where he remains in demand as a session player, cowriter, and producer. The success of his last two albums have brought international interest in his music, and full
tours of Europe and Canada are in the works. 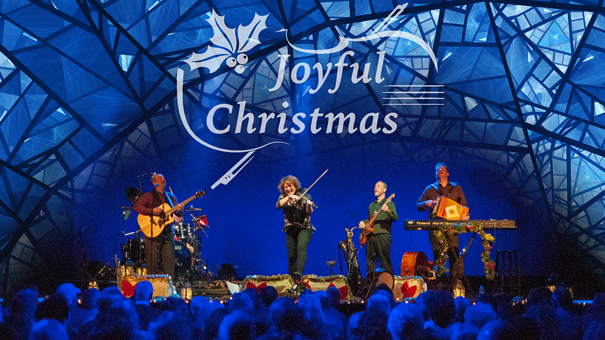 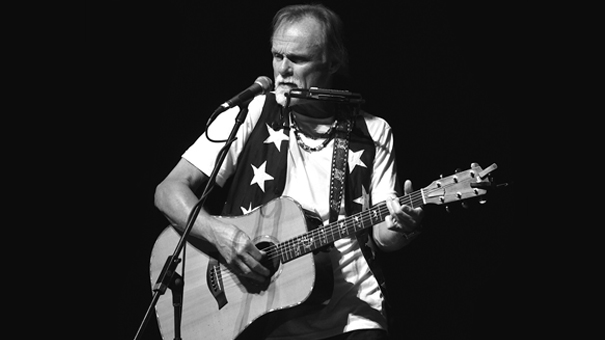