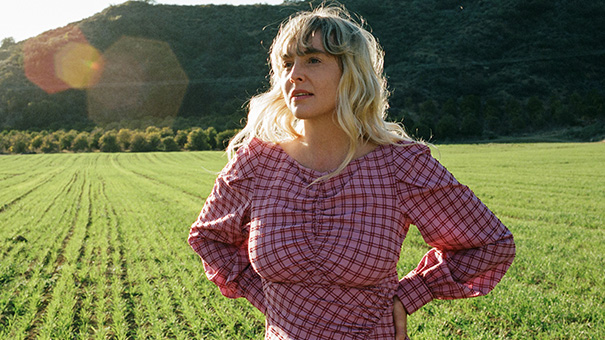 Purchase the VIP pre-show Meet & Greet add-on for your chance to meet and visit with Lissie! Included in the VIP package is: 1 pre-show Meet & Greet, 1 individual photo with Lissie, 1 exclusive Lissie pennant, 1 limited edition signed Lissie Print, 1 exclusive Lissie VIP laminate and lanyard and priority entry into the venue! Thank you for your cooperation! The M&G ticket must be purchased in addition to a seat.

Midwestern artist Lissie is a multi-talented tour de force who will release her new Americana-tinged indie folk album "Carving Canyons" on September 16. Ahead of the release she has unveiled the first song two songs “Flowers” and “Night Moves”. Debuted by FLOOD Magazine, the haunting sun-soaked song Night Moves channels Fleetwood Mac grandeur as it explores sensory memory and considering multiple realities vs one’s own point of view when navigating heartbreak.

"Carving Canyons" is about looking within while dealing with the uncertainty of the future—finding hope in personal and worldly adversity, no matter what the forecast might say. Inspired by her incredible intergenerational female friend group and the nature that surrounded her, Lissie traveled to Nashville and co-wrote much of the album with a majority of female-identifying songwriters—including Bre Kennedy, Madi Diaz, Morgan Nagler, Natalie Hemby, Kate York, and Sarah Buxton—who also contribute additional vocals throughout the album.