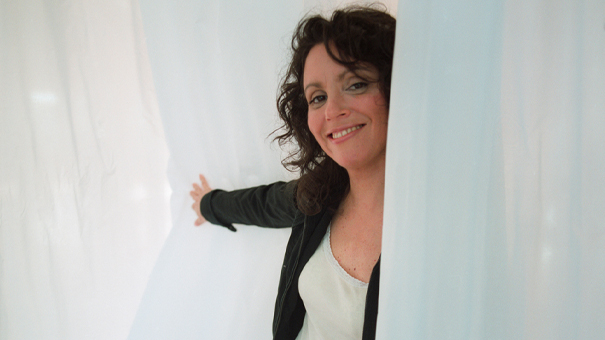 Lucy Kaplansky, hailed by the Boston Globe as the “troubadour laureate of modern city folk” is a rare vocal talent. Blending country, folk and pop styles, she has the unique ability to make every song sound fresh, whether singing her own sweet originals, covering country classics by June Carter Cash and Gram Parsons or singing pop favorites by Lennon/McCartney and Nick Lowe.

Lucy’s iconic voice has been featured in film and on television, including commercials like Chevrolet’s iconic “Heartbeat of America” jingle. A Billboard-charting singer and one of the top-selling artists on Red House Records, she has topped the folk and Americana radio charts and has been featured on shows throughout the world from NPR’s Weekend and Morning Editions to BBC Radio to CBS Sunday Morning.

She started out singing in Chicago folk music clubs as a teenager. Then, barely out of high school, Lucy Kaplansky took off for New York City. There she found a fertile community of songwriters and performers—Suzanne Vega, Steve Forbert, The Roches, and others. With a beautiful flair for harmony, Lucy was everyone’s favorite singing partner, but most often she found herself singing as a duo with Shawn Colvin. People envisioned big things for them; in fact, The New York Times said it was “easy to predict stardom for her.” But then Lucy dropped it all.

Convinced that her calling was in another direction, Lucy left the musical fast track to pursue a doctorate in Clinical Psychology. Upon completing her degree, Dr. Kaplansky took a job at a New York hospital working with chronically mentally ill adults, and also started a private practice. Yet she continued to sing. Lucy was often pulled back into the studio by her friends, (who now had contracts with record labels) wanting her to sing on their albums. She harmonized on Colvin’s Grammy-winning "Steady On," and on Nanci Griffith’s "Lone Star State of Mind" and "Little Love Affairs." She also landed soundtrack credits, singing with Suzanne Vega on "Pretty in Pink" and with Griffith on "The Firm," and several commercial credits as well—including “The Heartbeat of America” for Chevrolet.

Then Shawn Colvin—who was itching to produce a record—hooked up with Lucy, her ex-singing partner. They went into the studio, and when Lucy’s solo tapes got into the hands of Bob Feldman, president of Red House Records, he was blown away. Suddenly, Lucy was back in the music business. She signed with Red House Records and started playing gigs. Red House released The Tide in 1994 to rave reviews, and within six months Lucy signed with a major booking agency—Fleming Artists—and began touring so much it required leaving her two psychologist positions behind.

Lucy’s second album, Flesh and Bone (1996), emphasized her development as a gifted songsmith. Then Lucy’s success took flight with back-to-back hit albums Ten Year Night (1999) and Every Single Day (2001).  Both received the AFIM award (Association For Independent Music) for Best Pop Album of the year. Lucy also contributed her story to a unique book, SOLO: Women Singer- Songwriters in Their Own Words, which includes some of the best known women on the music scene today: Ani DiFranco, Shawn Colvin, Sheryl Crow, Jewel, Sarah McLachlan and others. She was also featured in Lipshtick, a collection of essays by NPR commentator Gwen Macsai, published in the fall of 1999.

In 1998 Lucy teamed with Dar Williams and Richard Shindell to form supergroup Cry Cry Cry, and recorded some of their favorite songs written by other artists. The resulting album, Cry Cry Cry (which The New Yorker dubbed “a collection of lovely harmonizing and pure emotion,” and to which Entertainment Weekly gave an “A” rating), was an astonishing success in stores and on radio. A national tour of sold-out concerts by the trio served to introduce Lucy’s luminous voice to a new audience. In 2017 and 2018, the trio celebrated their 20th anniversary with a sold out national tour and the release of their first recording in 20 years, a single of Jump Little Children's "Cathedrals."

The Red Thread followed the commercial and critical hit Every Single Day, weaving together themes of motherhood, home and the family with stunning production.  Lucy’s 2007 release Over the Hills as well as her 2012 release Reunion explored universal themes of love, joy, loss, and dreams for the future, through reflections on family.

In 2009 and 2010 Lucy had two songs commissioned by the international cosmetics company La Prairie to help launch their new fragrance line “Life Threads.” As part of that marketing campaign, Lucy was featured in a music video, as well in as in a variety of marketing appearances and materials, including a feature story in “Women’s Wear Daily.”

In 2010 Lucy joined up with acclaimed singer-songwriters John Gorka and Eliza Gilkyson to record an album as part of new folk super-group Red Horse.  Awash in gorgeous harmonies and stripped down production, the album features the singers performing each other’s songs.  Red Horse received rave reviews and was the number one album on Folk Radio for several months in 2010.  Since the album’s release, the trio were interviewed on NPR’s “Weekend Edition” with Liane Hansen and appeared on NPR’s “Mountain Stage.”

In 2011 Lucy released an EP, Kaplansky Sings Kaplansky, featuring songs written by her father, famed University of Chicago mathematician Irving Kaplansky, including live performances of the two of them performing together in California.  This is Lucy’s first venture into 1940’s style swing, reminiscent of the work of Kaplansky’s former student Tom Lehrer.

Lucy's September 2018 release, Everyday Street,  is a stunning collection of songs weaving stories of joy, friendship, family, loss and discovery.  It is somewhat of a departure sonically:  stripped down, spontaneous, acoustic, with the feel of one of her concerts. The songs were recorded over four days with her long-time collaborator Duke Levine on acoustic guitar, electric guitar, mandola, National guitar, and octave mandolin, and Lucy on acoustic guitar, mandolin and piano.  These are genuine performances, many were captured in one take.

The opening song, “Old Friends,” a duet with Lucy's long-time friend Shawn Colvin, is a reflection on their friendship and on their times together in the early days of the Greenwich Village folk scene.  “Keeping Time,” with Richard Shindell on harmony, is from her vantage point as a mother sharing her neighborhood’s rhythms, albeit from a distance, with the late actor and father of three Philip Seymour Hoffman.  “Janie’s Waltz” is about the beauty and grace of an ordinary day. The everyday streets of her long-time home, Greenwich Village in New York City, are woven throughout the recording. There are also four cover songs which have all been fan favorites from her shows, including Bruce Springsteen’s “Thunder Road,” Nanci Griffith’s “I Wish it Would Rain,” and the traditional Scottish song “Loch Lomond.”  Finally, there is a re-imagined version of the title song of her first album, The Tide.

Lucy's version of Roxy Music's "More than This" was featured on a Spotify playlist, "Your Favorite Coffeehouse," and to date her recording has over 11.5 million streams.  She has appeared on the CBS Morning Show, NPR’s Weekend and Morning Editions and All Things Considered, Mountain Stage, and West Coast Live.  Her voice has remained in high demand by her peers. Lucy's song “Guilty as Sin” was featured in the NBC television show Ed.  In addition, she can be heard on releases by Bryan Ferry and Nanci Griffith, and on the Greg Brown tribute album Going Driftless (also featuring Ani Difranco, Iris Dement, Mary Chapin Carpenter, Gillian Welch, Lucinda Williams and others).

Lucy continues to tour and receive airplay both nationally and internationally.  Her CD Ten Year Night is the #1 selling album of all time at Red House Records. 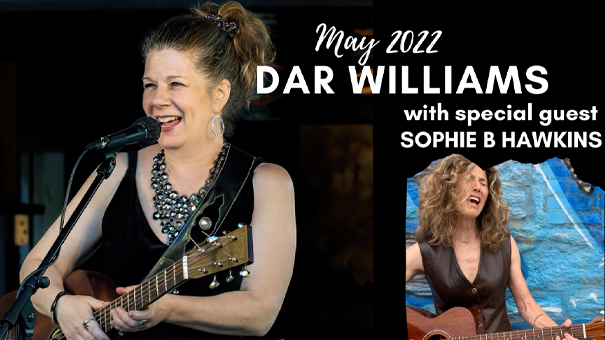