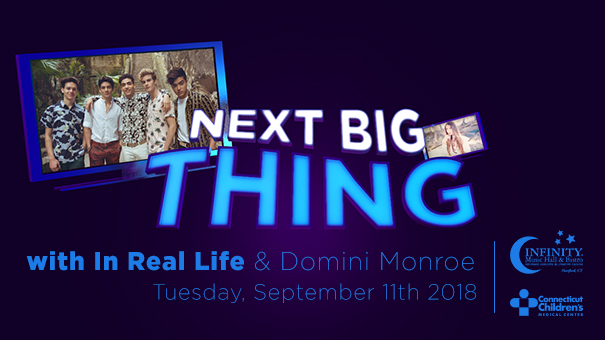 Sergio Calderon, Michael Conor, Chance Perez, Andrew Ramos and Brady Tutton all come from different backgrounds, but they share a common gift of musical ability. They are the first band in history to be voted together by America on ABC’s 2017 summer reality competition, Boy Band. They recently released their second single, “Tattoo (How ‘Bout You),” which is currently at Top 40 radio and was #3 most added in its first week.

Domini Monroe is an Indie pop singer-songwriter on the rise with a noticeable edge.  She is a vision of old soul beauty with a modern sex appeal. With her smokey low tones and powerful high notes, her music will captivate your mind and spirit making you want to hear more. Many critics are in awe of her wide vocal range. Her poetic yet catchy lyrics let people envision themselves into her stories. Internationally, people find her songs relatable and comforting for what they have been through in their own situations.